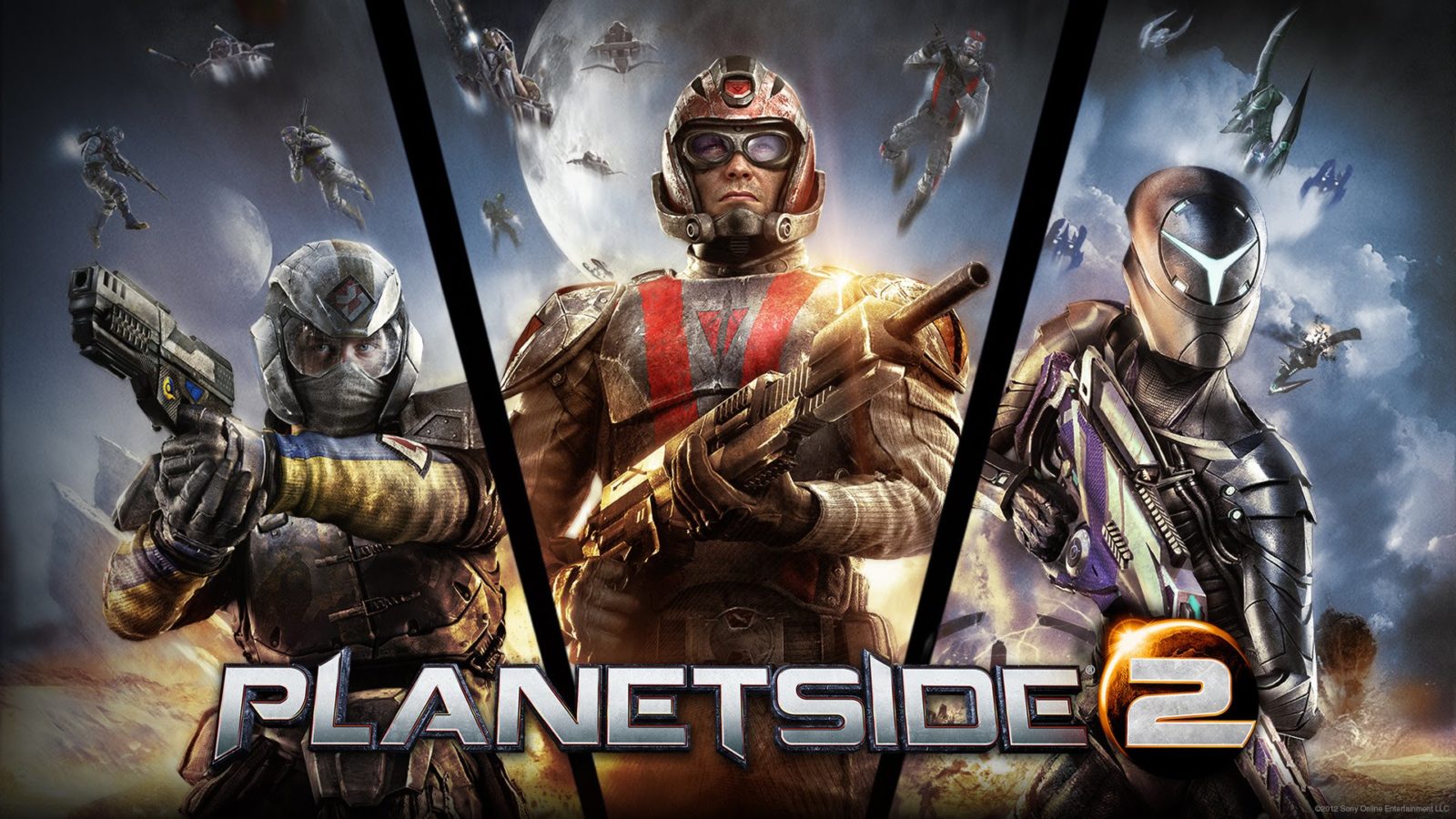 Welcome to PlanetSide! This guide is intended as the go-to resource for completely new players. 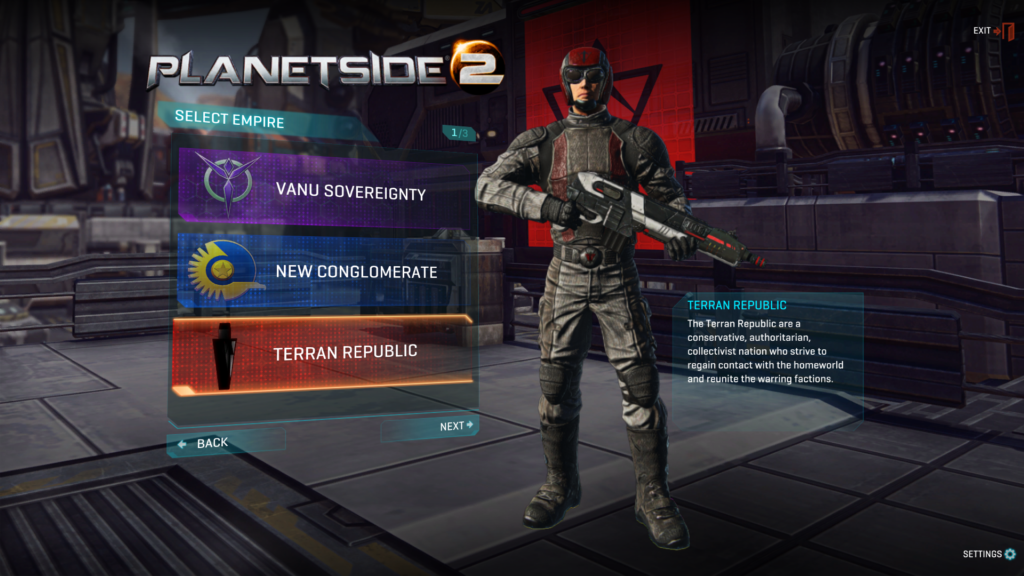 There are three factions. You can have characters in all of them, so your initial choice doesn’t matter. 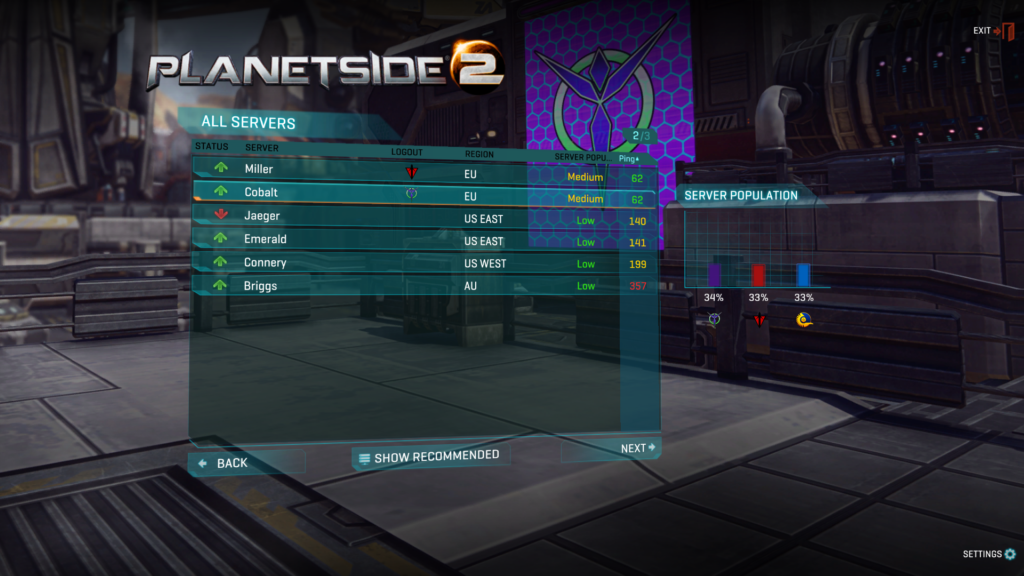 Pick a server with the best ping for you. 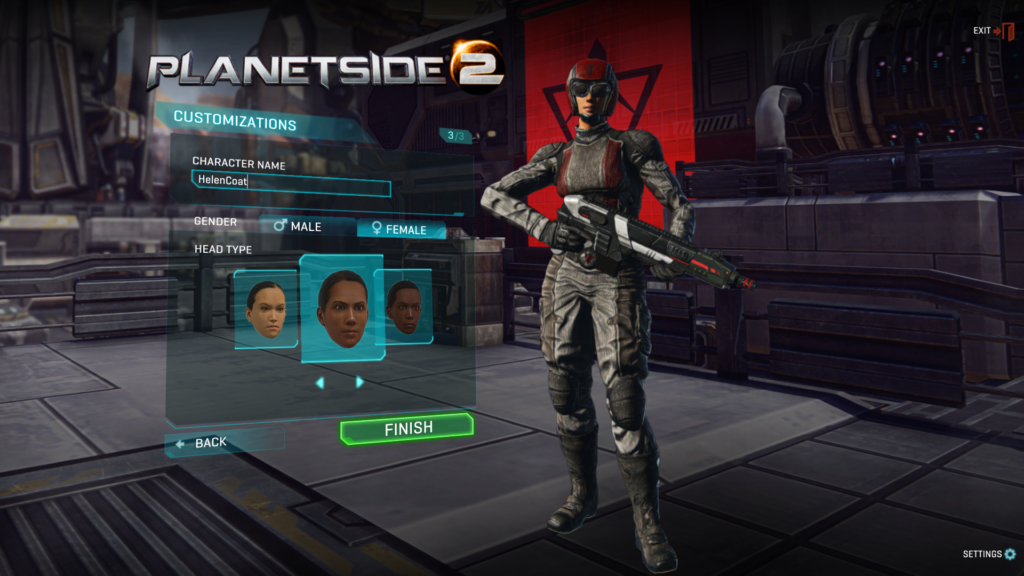 You will have only a few faces to choose  from, but later you will be able to customize your character with cosmetic armor, helmets, camouflage and decals.

The tutorial is a narrated obstacle course. It will start basic at first, but will quickly move to explaining concepts that are unique to PlanetSide 2. Do not rush through the tutorial, and let the narrator finish speaking before doing anything, or they will interrupt themselves, and you won’t get to hear all of the useful info.

If you’re anxious to get into action, you can sprint through the tutorial, and revisit it later with another character.

Completing the tutorial will automatically send you into battle on one of the main continents. Nothing can prepare you for what lies ahead. Try to have fun and stay alive for longer than 10 seconds.

Basic information about the world

The world of PlanetSide 2 is split into four continents. When a faction conquers a continent, it becomes locked, and all players have to go somewhere else. Usually, another continent unlocks at the same time.

There’s always at least one unlocked continent, and that’s where all of the fighting happens. Be mentally prepared to play with and against people with years of experience, as there is no matchmaking of any kind.

Besides main continents, there are two additional locations you can go: Koltyr VR and VR Training. All equipment is unlocked in these zones so you can test it out, but you cannot earn any Experience Points. You can always redeploy off these zones.

Press “M” at any moment to open the main map and check the strategic situation. 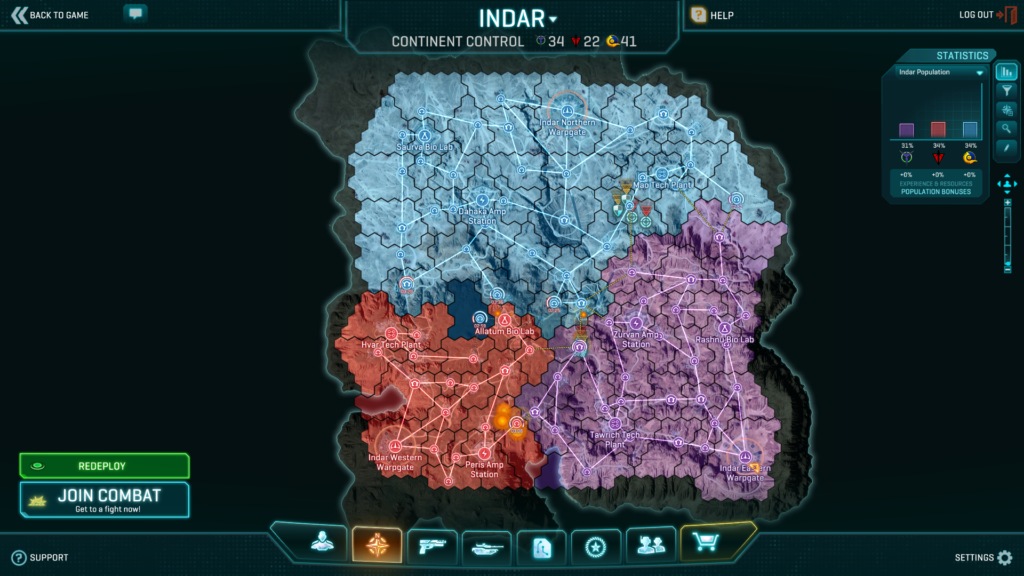 Continents are split into regions. They contain capturable bases of various types and sizes. 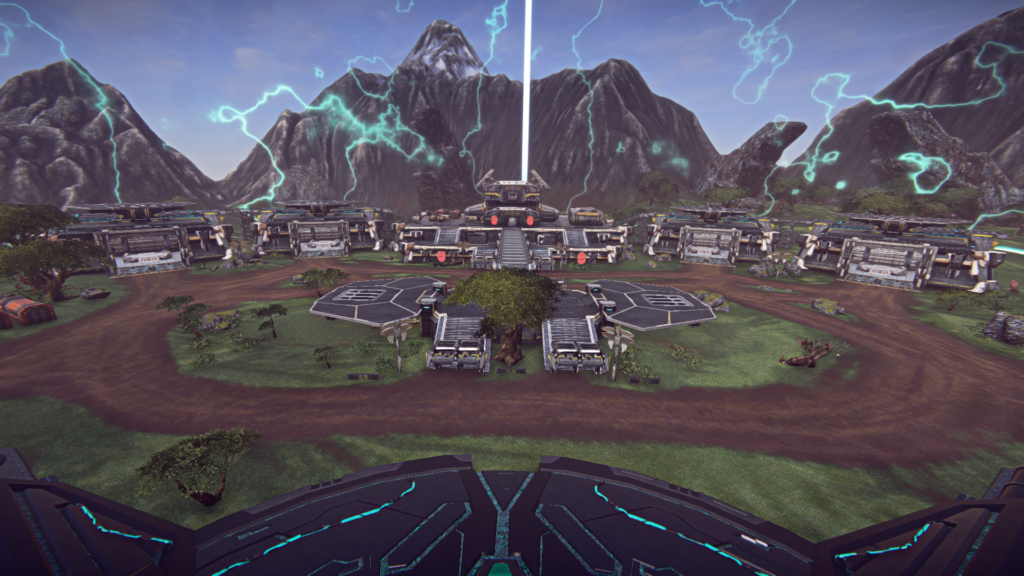 Each faction has one Warpgate at the edge of each continent. Warpgates are safe havens that cannot be attacked. 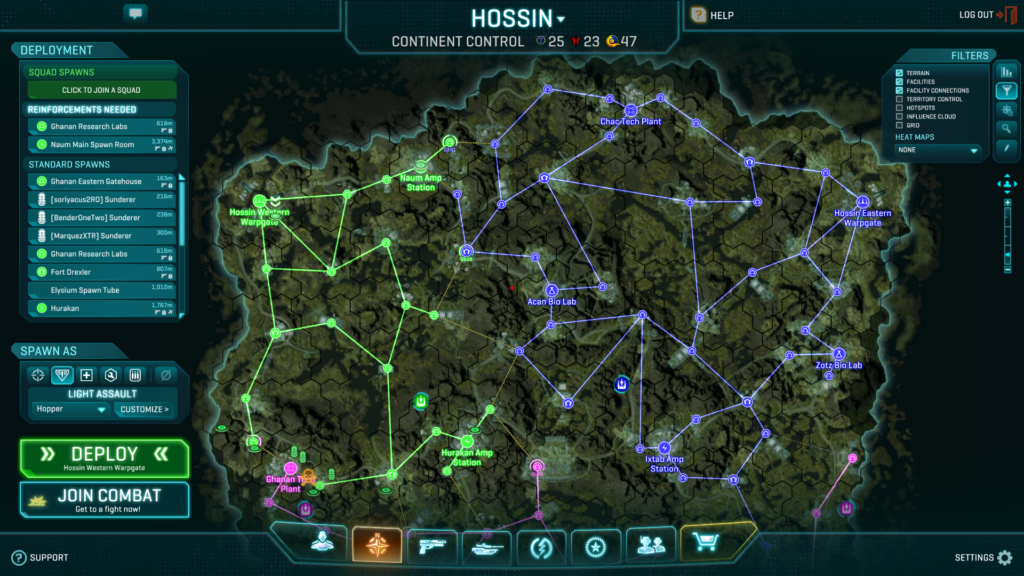 Regions are connected to each other and to Warpgates via lattice links. Only bases that have a lattice link to an enemy base can be attacked and captured. This is why majority of the combat happens at the front lines:

There are many ways to get into action, but the quickest one is to use Join Combat from the main map. Once you’re there, you can deploy (spawn) at nearby allied bases or deployed Sunderers. 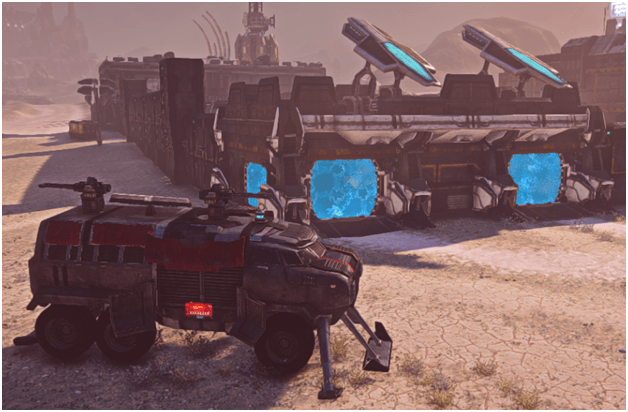 Sunderers are vehicles. Their primary function is to provide a spawn location for nearby allied infantry. To fulfill that role, Sunderer must be deployed – it needs to stay stationary for a few seconds and then hit “deploy” key (“B” by default).

Deployed Sunderers are invaluable in attacking a base. Typically, once all attackers’ Sunderers are destroyed, you can consider the battle to be over for them.

Most vehicles don’t take damage from bullets and grenades, and require special anti-vehicle weapons to take down, such as Heavy Assault‘s Rocket Launcher.

In general, if you’re not getting a red cross hit marker near your crosshair, then you’re not dealing damage.

Basic Training Directives are a set of objectives that will help you learn the game and provide a few nice rewards. You can track your current Directive on the left side of the screen.

Progression in PlanetSide 2 means unlocking new equipment, and upgrading what you already own. This is usually done with Certification Points.

One Certification Point is granted every time your earn 250 Experience Points, which are granted for doing pretty much anything related to capturing territory, killing enemies or supporting allies.

Earning XP will also increase your character’s Battle Rank (“level”). Battle Rank doesn’t affect anything important, but you will gain bonus 100 Certs for each Battle Rank until BR15.

Certification Points are hard to get for new players, so you must cherry pick what you want to upgrade or unlock.  You can find some recommendations here.

With a rare exception, you should avoid unlocking new weapons early on, because they are expensive and usually do not differ that much from weapons that you have by default.  Your starting guns are very effective, and often are either best in their category, or close to best. It is very likely you will get dumpstered by veterans with years of experience, but trust me, your weapons are not the reason for it.

Unlock first couple of ranks of Med Kits. They are a consumable utility item, which is unlocked for all classes at the same time. They offer a convenient way of restoring your health without having to call for a medic.

Familiarize yourself with every class. A good way to do that is to complete the first tier of class directives. And then you can unlock upgrades for the classes you had the most fun with. Completing these directives will also award you with some implants.

Implants are a part of your loadout. As a new player, you should avoid purchasing implants with certs, and instead you should rely on implant drops from Events and Alerts.