This tool is outdated, use Weapon Toolbox for up to date weapon stats.

This program is a standalone simulator of PlanetSide 2 Weapon Mechanics.

It can simulate Cone of Fire, bullet hits, recoil, analyze the effects of attachments on each weapon, and compare different weapons to each other.

This is a work in progress, so please inform me of any bugs or suggestions.

Known issue: since it’s program in an archive, this might get flagged as potentially harmful. Windows Smart Screen and Avast have particular issues with it.

I assure you, no harm will come to your PC. Ignore the warnings. Use any online virus scan if you don’t believe me. 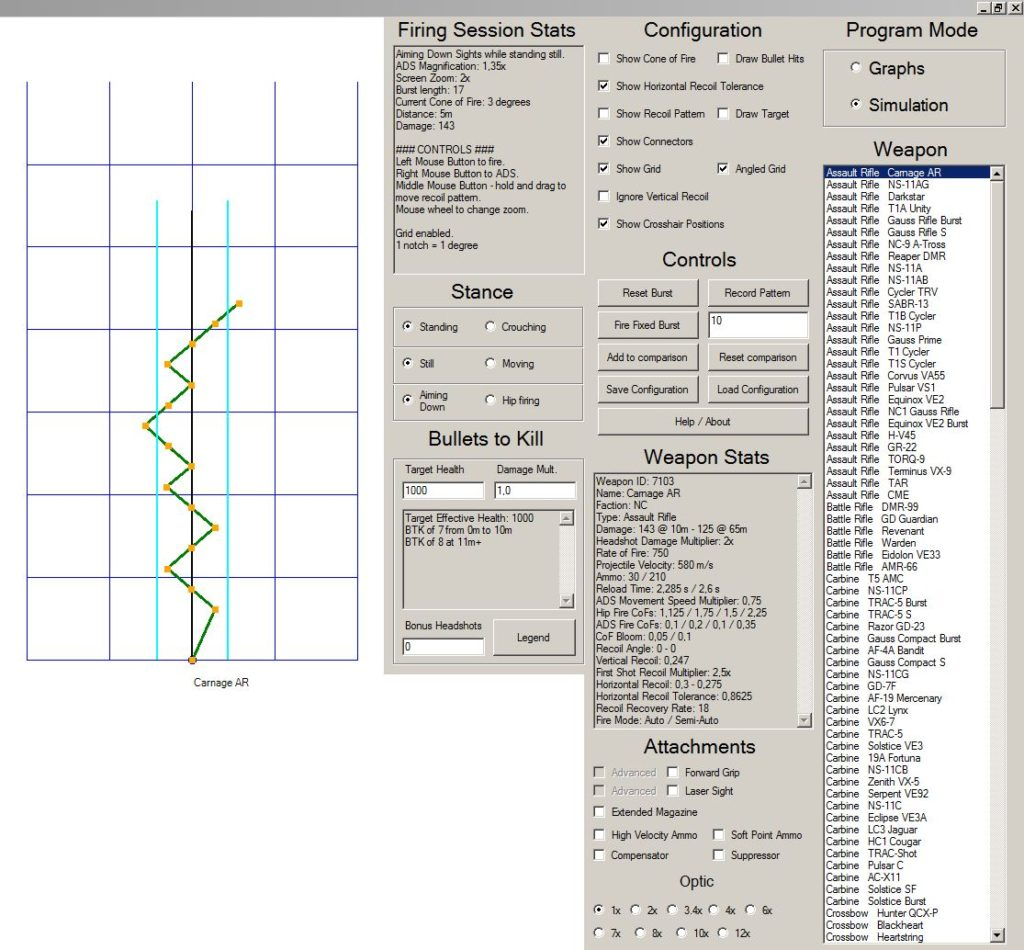 New in the latest version:

Version 1.7 PTS includes changes from the 14/10/2016 PTS patch to damage and range. Recoil and CoF changes are not included.

Select Program Mode in the top right corner. Select a weapon from the list on the right. You can preview selected weapon’s stats in “Weapon Stats” module, and add attachments in “Attachments” module.

“Add to comparison” button copies currently selected weapons with all attachments. You can then select a different weapon or attachment combination.

“Weapon Stats” textbox only displays stats for currently selected weapon. To access stats of weapons copied for comparison, click “Get stats” button under weapon’s name and they will appear in a message box.

Each weapon should be properly affected by attachments, but there are a few notable points:

Extended Mags won’t do anything for weapons it’s not available for.

Some weapons come with attachments already installed. For example,  MKV Suppressed comes with a pre-installed suppressor, so there’s no need to put a second suppressor on it.

Directive Shotguns in-game have Smart Choke equipped by default, but in the simulator, you will have to equip it yourself.

Slug Ammunition speed is predetermined as 300 m/s for all shotguns, even though slugs supposed to inherit the velocity of the shotgun, with Baron being the only exception.

The program will simulate recoil and bullet hits in accordance with PlanetSide 2 Weapon Mechanics. Bullet drop and travel time are not accounted for. The recoil magnitude should be more or less up to scale with first person shooting in game.

Holding Middle Mouse Button will let you move the window around, and Mouse Wheel to zoom in and out. You can drag around recoil patterns using the blue circle in the bottom part as an anchor. 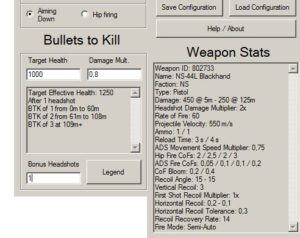 The simulator will automatically calculate the number of bullets required to kill a target at different ranges. Number in the brackets is time to kill (TTK).

You can also specify the number of “Bonus Headshots” the target receives before BTK calculations. This is useful if you want to calculate the amount of bullets to kill a target after you open with a headshot. 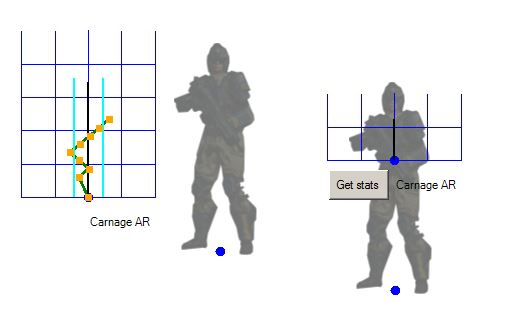 Makes an enemy dummy target visible. You can drag and drop the target using the blue anchor at the bottom.

Target should be up to scale as if it’s 5m away from you in game. You can press W and S to move closer / away from the target.

Target scaling is zeroed at 5m, the more you away from it, the less accurate the scaling will be. But I did use my Angular Size research to get the target scaling as close to in-game as possible.

The “TTK Simulation” window will tell you the damage your weapon would do at that range. 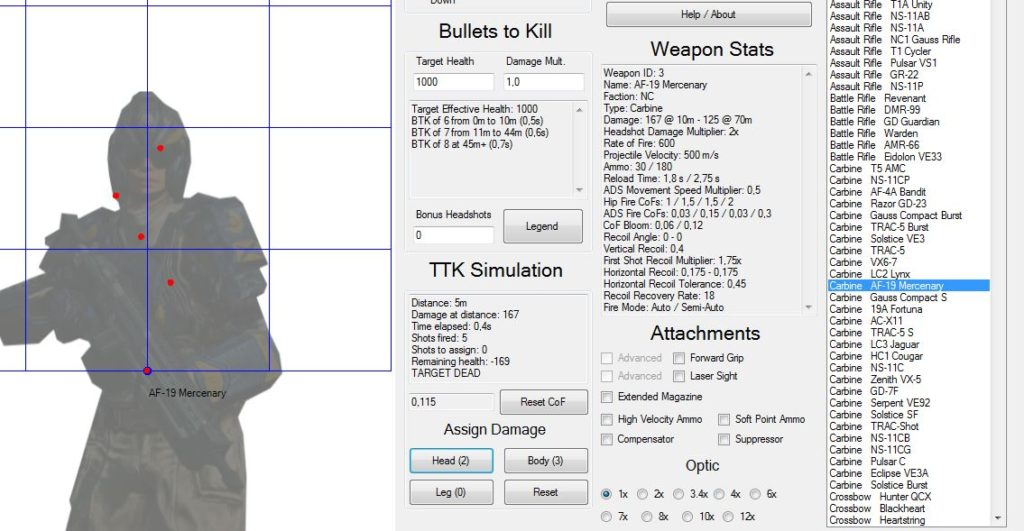 This module is only visible when “Draw Target” is enabled.

My program cannot detect bullet hits, but you can do it manually by pressing “Head”, “Leg” and “Body” buttons.

The program will calculate damage you have dealt, and the remaining target health,
as well as how long it took to fire that amount of shots.

“Reset CoF” button will reset weapon’s CoF, and adjust “time elapsed” for the time
it would take to reset CoF in game.

“Record Pattern” mode is there for demonstration purposes.

Normally, the direction of Horizontal Recoil is chosen randomly. Record Pattern mode allows the user to choose the recoil direction with A and D keys.

This mode is only useful if you want to draw a specific recoil pattern to take a screenshot.

On the first launch, the program will create “settings.ini”. You can use “save” and “load” buttons to store your preferred configuration. To reset to factory defaults, just delete the “settings.ini”.

Fixed a bug with Decimal Symbol in different locales.

Users can now choose a firing stance.
Added weapon comparison.
Recoil patterns can be dragged around using the small blue circle at the bottom.
Also updated the weapon database to include velocity changes.

Fixed a bug that prevented weapon stats from updating properly with HVA, SPA and Suppressor attachments.

Now the target from “Draw Target” option can be dragged and dropped using the blue anchor at the bottom of the target.

Added “BTK Thresholds” window. It will calculate the amount of bullets needed for a
weapon to kill a target with specified health and resistance at different ranges.

Updated for the latest patch, and added “TTK Simulation” module.

Updated for the latest PTS patch to highlight some weapon changes.

As a closing word, huge thanks to /u/L33-the-3rd for formatting the PS2 Weapon Database into CSV for me.