As predicted, Blizzard will be soon releasing a stealthy character: Sombra, a Mexican female hacker. She’s classified as offence character, but most her kit is focused on movement, misdirection and disabling.

Six months ago I called that a stealthy character will be coming to Overwatch. The small amount of feedback that I’ve gathered boiled down to “Blizzard will not be releasing any stealthy assassins, because noobs will rage too hard”.

My only regret is that I don’t have an audience to rub it in their faces.

You can check Sombra’s abilities and story on her official Overwatch page.

Not gonna go into detailed analysis, since I’ve lost all faith in Overwatch and it’s not a game that I can enjoy playing for long.

Suffice it to say, despite being classified as “offence” character, Sombra isn’t your typical assassin, and she’s closer to a disabler support, though she does have complete invisibility as one of her abilities.

Stealth and misdirection are completely absent from otherwise diverse character roster of Overwatch. I’m predicting that a stealthy assassin will be among the first new character releases.

No stealth in Overwatch… yet?

Some Overwatch characters can be categorized as assassins: Widowmaker seeks thrill in killing, Reaper is a psychotic murderer and Genji can be called a ninja.

But they don’t particularly rely on patiently sneaking up on someone, and none of them have anything that would make them harder to see, complete or partial invisibility doesn’t exist as a thing.

The game itself puts sticks in wheels of stealthy gameplay by drawing red outlines around all enemies, and occasional Widowmaker’s wallhack doesn’t help it either.

At most, a stealthy player can hope for a quickly executed flank or a sneaky Reaper’s teleport behind enemy backs, but that’s it.

This comes as a huge disappointment to stealth aficionados such as myself.

Most of the time, I like in-your-face type of combat. But mind gaming, superior positioning and flanking, clever maneuvering, managing windows of opportunity – is always a part of my playstyle. It’s vastly more enjoyable than simply aiming better – not that aim isn’t important.

But there is something special in patiently sneaking up on something, and then exploding into action. Some sort of ancient caveman hunter’s instinct is sated by ambushing an unsuspecting prey.

And Overwatch doesn’t have it. Yet.

One could argue that Overwatch is missing stealth intentionally – “that wouldn’t fit the fast paced nature of the game, useless for the teamplay effort, don’t want to give fluffy sensitive people a reason to ragequit..”

But that line of reasoning doesn’t seem very logical, considering how many obnoxious things like crutches and oneshots Overwatch already has, and it already encourages team splitting apart by giving different characters vastly different movement speeds.

That company always tries to cover ALL their bases, to appeal to the widest audience possible.

But In Overwatch, there’s nothing to do for people that played Spy in Team Fortress, Stalker Infiltrator in PlanetSide 2, Subtlety Rogue in World of Warcraft,  Shaco or Evelynn in League of Legends, etc.

Even in Heroes of the Storm, Blizzard’s MOBA, there is a character that has invisibility as a passive, always-on ability.

The only way how total lack of stealth and deception in Overwatch can make sense is if Blizzard is planning to add it later with a new character.

And of course they’re gonna be introducing new characters. Game would become stale and boring without it.

Probably shouldn’t expect League of Legends’ pace of releasing a new character every couple of months, but new characters will be coming to Overwatch, you can bet on it. 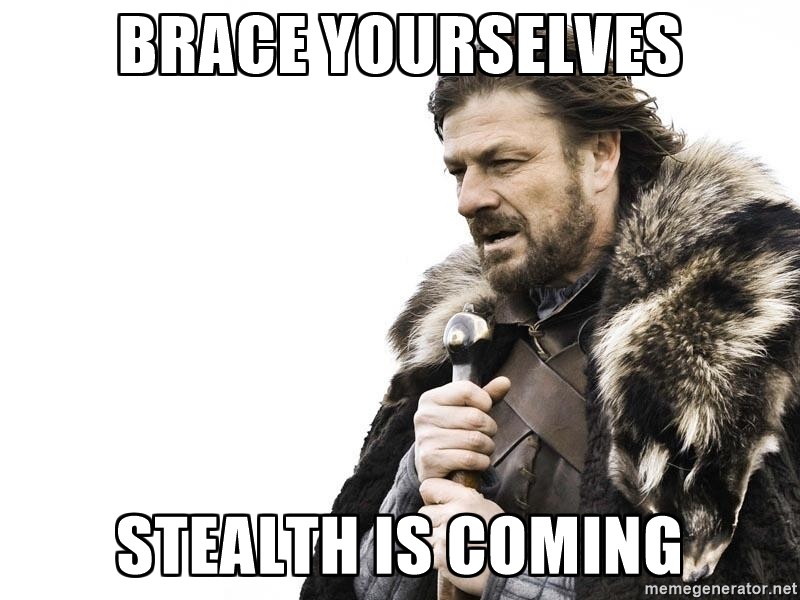 Based on Animated Short, Recall, there are as many as 15 new characters already prepped to at least portrait art level. And those are just the ones that Winston was calling up, the “good guys”.

There are also the “bad guys”, like Widowmaker, Junkrat, Roadhog, etc. A stealthy assassin could very well join them.

Even Athena, the computer’s voice, could follow the example of EDI from Mass Effect, and join Overwatch field operations in a stealthy sexy robotic body of her own.

To clearly separate this future stealthy assassin from other killer-type characters, we can expect heavy emphasis on stealth and invisibility, and probably some team utility based on that.

There is another thing missing from character roster: misdirection and deception. There are no “holographic clones” to distract the enemy, no “false sound” generators to lead them astray, no “feign death”. A stealthy assassin could have one of those abilities as well.

So rest assured, an invisible deceiver will be annoying Overwatch players before you know it.