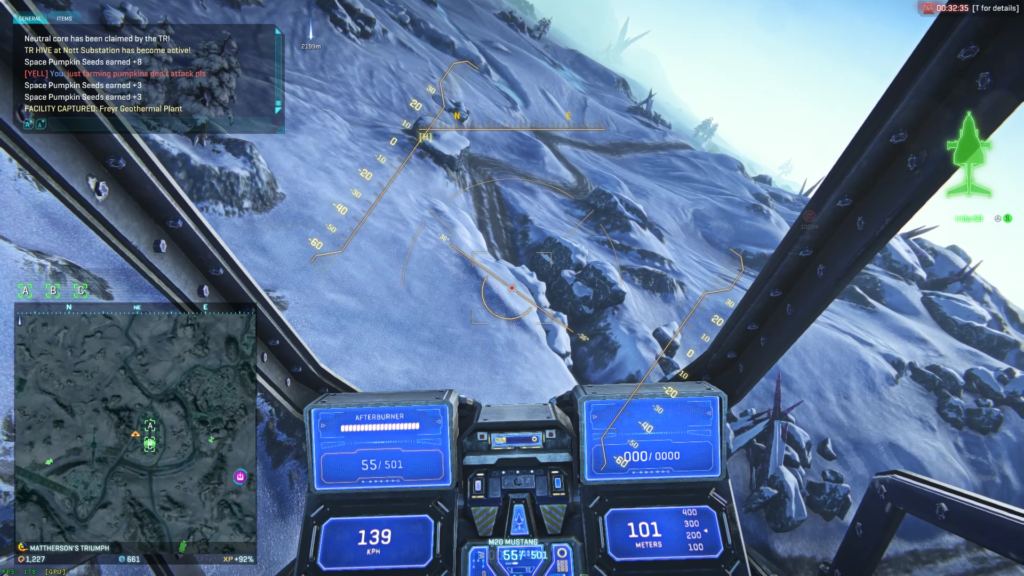 PlanetSide 2 gets a lot of heat for being a poorly optimized game with terrible performance, that requires some sort of super computer to run properly.

There is some truth to these statements. PlanetSide 2 was released in 2012, but still uses DirectX 9.0, released in 2004. Newer versions of DirectX would be able to utilize modern hardware more efficiently, especially when it comes to taking advantage of multiple CPU cores and Hyper Threading.

PlanetSide 2 also uses Forge Light engine, which is not exactly a dream come true when it comes to performance and graphical quality, but it’s the only engine that can handle so many players on such large territories. Hundreds of people playing on 5 by 5 km maps was a miracle in 2012, and it’s still beyond impressive in modern days.

However, contrary to popular belief, PlanetSide 2 is actually not that demanding, you just have to keep certain things in mind:

(1) Sometimes, performance-reducing technical issues can arise. The cause could be different each time, and it’s probably safe to say that 95% of players never experience them.

(2) The game can sometimes have performance-reducing bugs. These bugs appear, get fixed, reappear later, etc. Either way, they usually don’t affect performance all the time.

(3) No reasonable PC can handle the game at full ultra settings with Shadows enabled. Ultra shadows just eat too much FPS. It’s literally the difference between having 60 and 120 average FPS on the same PC.

Most people that constantly complain about performance being an all-time issue, usually refer to one of the points above, or they use inadequate hardware, like old laptops or PCs with integrated graphics, or run the game on a virus-ridden, old and cluttered installation of Windows.

As long as you’re willing to disable Shadows, and can keep your Windows fresh and clean, pretty much any entry-level gaming PC can handle PlanetSide 2.