Advanced Specialization Program (ASP) is the prestige system in PlanetSide 2. It is intended to provide veteran players with additional perks and unlocks that provide small gameplay bonuses and allow players to expand their loadouts with more options, including cross-class equipment. 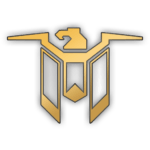 Any character with Battle Rank 100 or above can enroll into ASP using the “My Character” screen of the main menu.

Non-members have to pay 10 000 (ten thousand) Certification Points to enroll, which is, incidentally, the maximum amount of certs a non-member character can have.

Enrollment is free of charge for premium members. You keep your ASP if cancel your membership afterwards.

Upon enrollment, your character’s Battle Rank will be reset to 1, but you will keep all your unlocks and certifications. You will also receive a new shoulder decal and title, and you will have a star icon near your Battle Rank number.

Your new maximum Battle Rank will be set at 100, which means your character will no longer be able to reach Battle Rank 120. If additional decals and titles are important to you, consider reaching BR120 before enrolling into ASP.

Attention! For now there is no way to refund or reset spent ASP tokens. Be careful with your choices!

These unlocks affect all classes.

Sidearm Primaries – Allows use of sidearms in the primary weapon slot. Currently lacks any actual combat-effective application. Possibly does not provide access to Auraxium Sidearms.

Universal Smoke Grenade Access – Unlocks access to Smoke Grenades on all classes. Could be useful if smoke wasn’t so inconsistent. Try them on Light Assault before you spend an ASP point.

Universal Decoy Grenade Access – Unlocks access to Decoy Grenades on all classes. Could potentially be useful in 1 – 12 / 1 – 12 battles. Try them on infiltrator before you spend an ASP point.

SMG Secondary – Allows use of SMGs in the secondary weapon slot.

Battle Rifle Secondary – Allows use of Battle Rifles in the secondary weapon slot.

Shotgun Secondary – Allows use of Shotguns in the secondary weapon slot.

Heavy Weapon Secondary – Allows use of Heavy Weapons in the secondary weapon slot.